ECG-Report Day 4: The day of the day 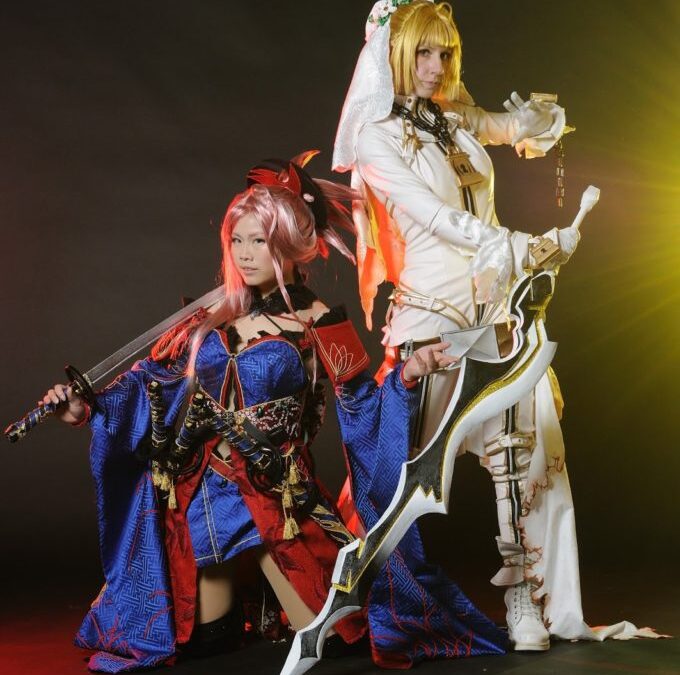 We took the bus at 7 am to the event and got ready for the rehearsals.

Today we had no problems with dressing up, because just the ECG representatives were backstage and we could use the Ichigo backstage to change. (And I just didn’t cared if my costume looked perfect or not, cause judging was already over). Ichigo stage has also a backstage toilet, which helped a lot.
The rehearsal went even more worse than yesterday. Everyone were super kind and sweet but we

were somehow frustrated and stressed. We don´t expect it to be perfect, but if you rehearse for over 6 months, every week between 3 to 9 hrs you at least want it to work out somehow.
At least the light was perfect and exactly as I scripted it.

At this point I want to thank everyone for their kind words.And the amazing work of team Epic! We were really down and it was really really sweet that you reached out to us!! Really everyone!
We did our make up and got ready for the photo shooting and video shooting. I already knew that my costume didn´t looked good anymore after the rehearsals, but I didn’t care. (I knew that I would damage parts of my costumes during the skit, so I expected it) At least I didn´t had blood stains on my leg parts like during the rehearsals of the WCS XD.
The photographer was just suuuper sweet. >< DLG is just the sweetest candy ever, and he was super quick with the pictures too! 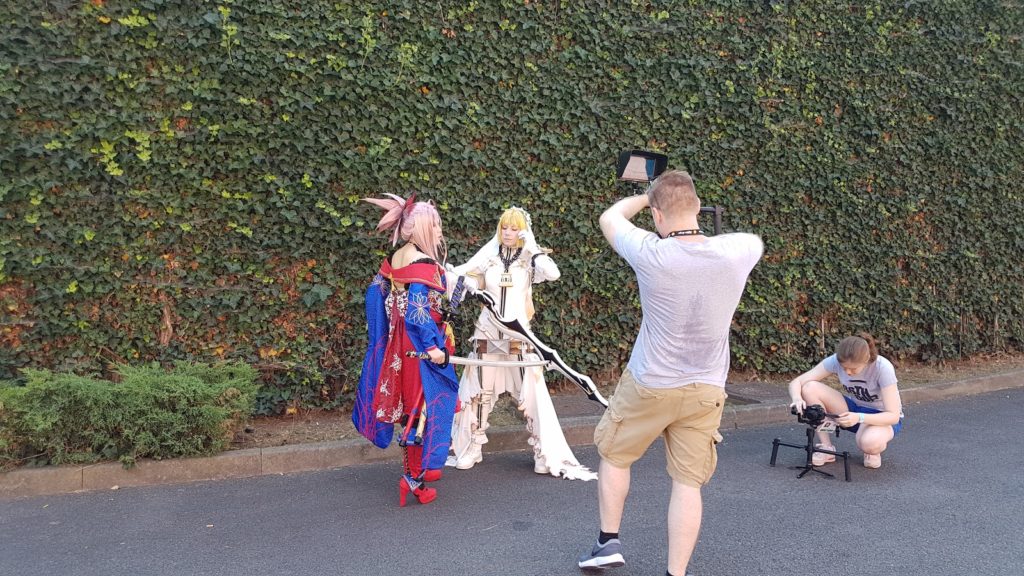 Afterwards we had a quick videoshoot and something to eat.
We went backstage to the Ichigo stage again (good aircon there!) and practiced our skit.
2 really pretty girls from Arda wigs came backstage and checked our wigs for the wig award.
You also had the possibility to let your make up judged.
Afterwards we got ready for the real show.
The moment we were training for like hours and months. Were I put all my blood and sweat into.
Although we were really nervous and stressed out during the rehearsals and costume judging we were pretty calm (and tired) before the skit. I don’t know why but Iam always very calm before going on stage. Of course I was nervous but I was so tired at this moment, that I didn’t cared anymore.
We went on stage and did our skit. I don’t remember that much but….

We made 2 really huge mistakes during our fighting choreography. But we practiced cases like this dozen of times and could adapt quickly. Still our feeling wasn´t good nor about the skit neither about our costumes.
Although the rehearsals didn´t went good, I was happy we could make an okaisch skit. Thanks at this point to Team Epic, who really gave their all and took really reelly good care of us… I know it´s not easy to cope with so many stressed cosplayers but you really really did well!
We changed and watched the other skits with all the other participants backstage.

It was also amazing to watch with all these people. Just so much support and kindness. The reason why I love international contests. It´s the possibility to meet this people and to share what you love. Im already missing them ToT.
After the last performance, we packed and got everything back to our Kistune squares and just waited for the winning ceremony.
For us being able to compete next to all these amazing people was already an honor and more than enough. Since the beginning of the international Cosplay Contest history, there has been never even once a German team (but I can proudly say we are good in the Solo category!) won a podium place. For us it was clear that we have no chance. We also messed up our skit and knew our costumes had their flaws.
We gathered together with all the other participants on the main stage and waited. It was super difficult to understand what Ben was saying and we were making jokes, because we all had no idea if it was French or not.
Everyone clapped and realized oh cool; 3rd place group Switzerland.
And than Ben talked announced the 2nd place and we were like clapping and cheering, but suddenly everyone was looking at us.
It took us a few seconds to realize that he said Germany. OMG I still cant believe we really won and even until the next week I didn’t really realized what actually happened. 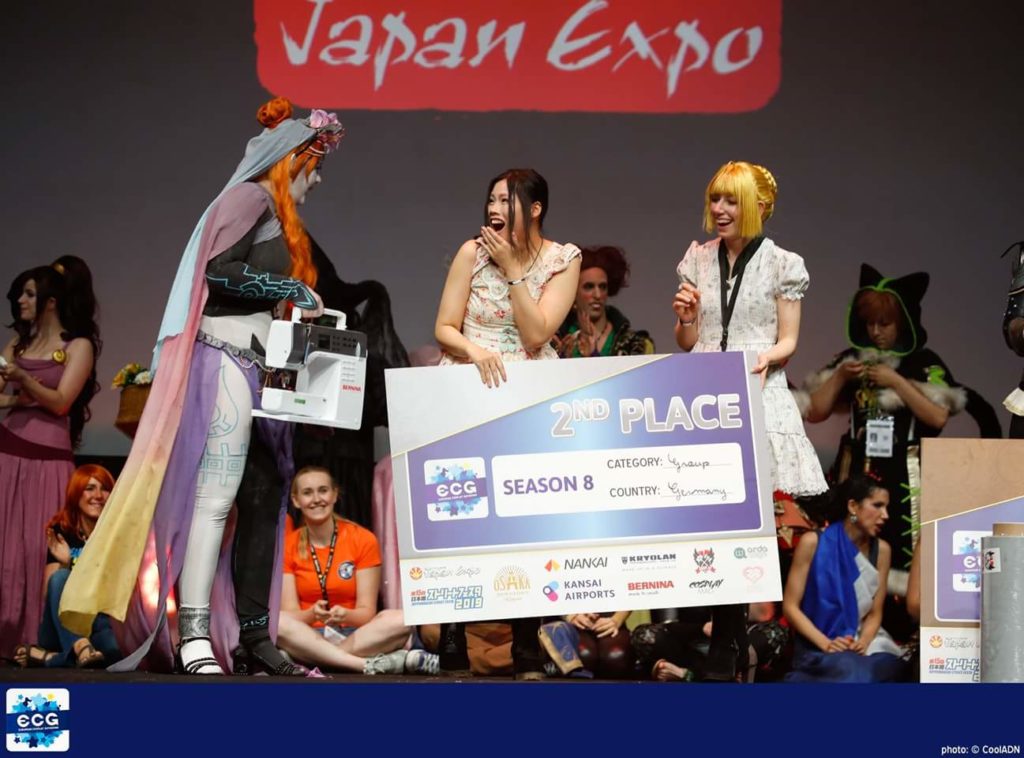 ToT I was just so happy and really cried when the cameras were gone (I really held back). I still cant describe this feeling and I still don’t know how this happened. ToT….
First group were the Czechs. Wonderful people and amazing craftsmanship (I was like staring at their costumes like forever, cause I have never seen such amazing craftsmanship up close….). I was really happy for them. Well desevered!
3rd Solo were Switzerland and 2nd our German representative Pandora (She was also like what the heck) and first Poland (a real cutie). 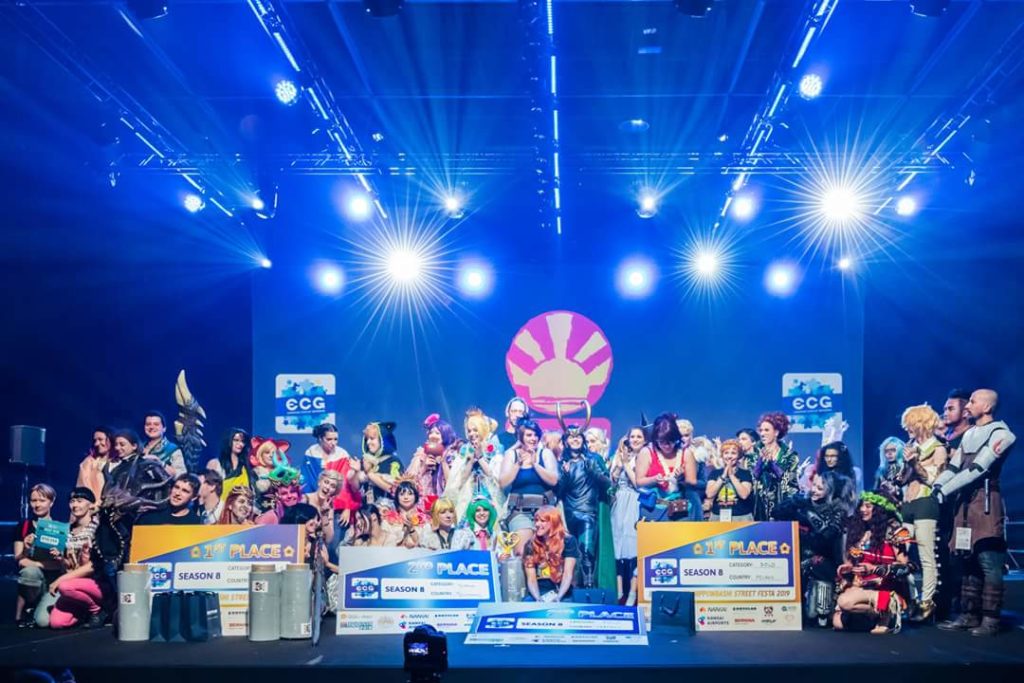 I want to thank everyone at this point for their kindness and support and everyone who congratulated us! Iam still so amazed we could place 2nd next to so so many amazing and talented people. I never even dreamed about having the chance to place at all but 2nd is just amazing. And I still cant believe it. 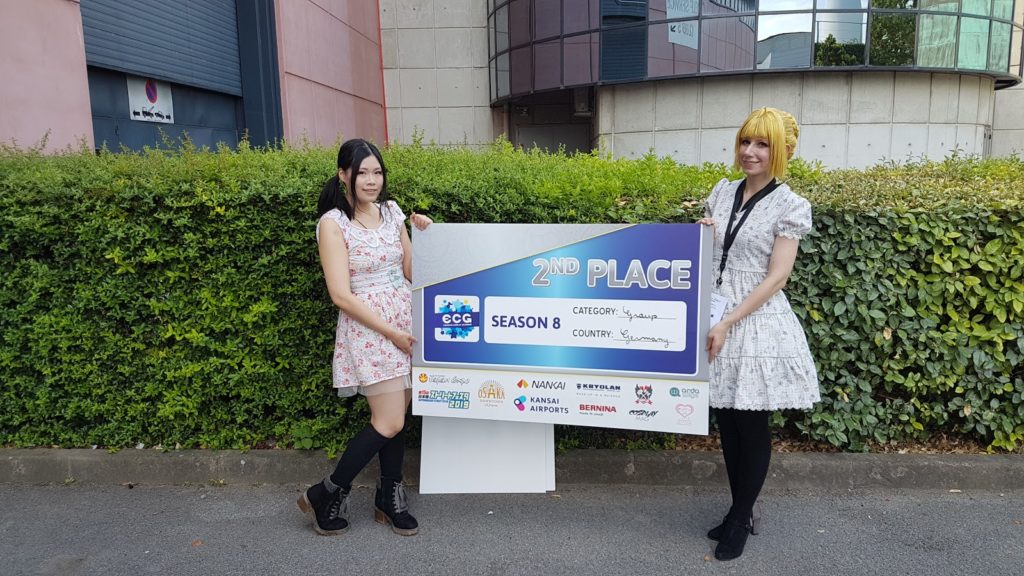 Thanks to everyone who liked our skit and our costumes. We really struggled a lot with both and it just means so so much to us. Thank you!!!
After crying and taking some pictures for our sponsors and Social Media we went backstage of Kistune and packed our things for the transport.
The Bus was super packed because everyone brought their props and stuff back to the hotel (we had like 3 4 days to get them to the venue). But still we could fit more or less in.
After a small dinner the European Snack Gathering began.
Guys… bring insect repellent…. it was in a park and I seriously have no idea how many bites I got. Everyone brought snacks and booze from their home country and passed them around. You also had the chance to talk to everyone and just to enjoy yourself. 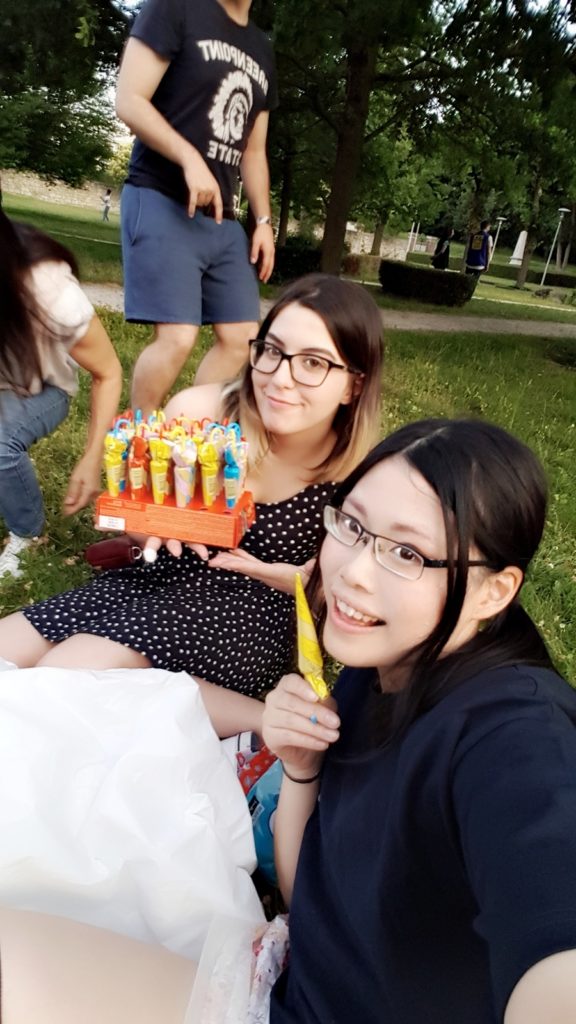 It was great, you finally had the chance to talk to everyone. Before you could feel the tension. And now everyone was just super relaxed and talkative. We already fell in love with Portugal, UK, Netherlands and Spain (I personally also loved the Czechs) but could finally also talk to the other teams and also helpers and epic staff.
After a long long day we went to bed and got ready for the last day.