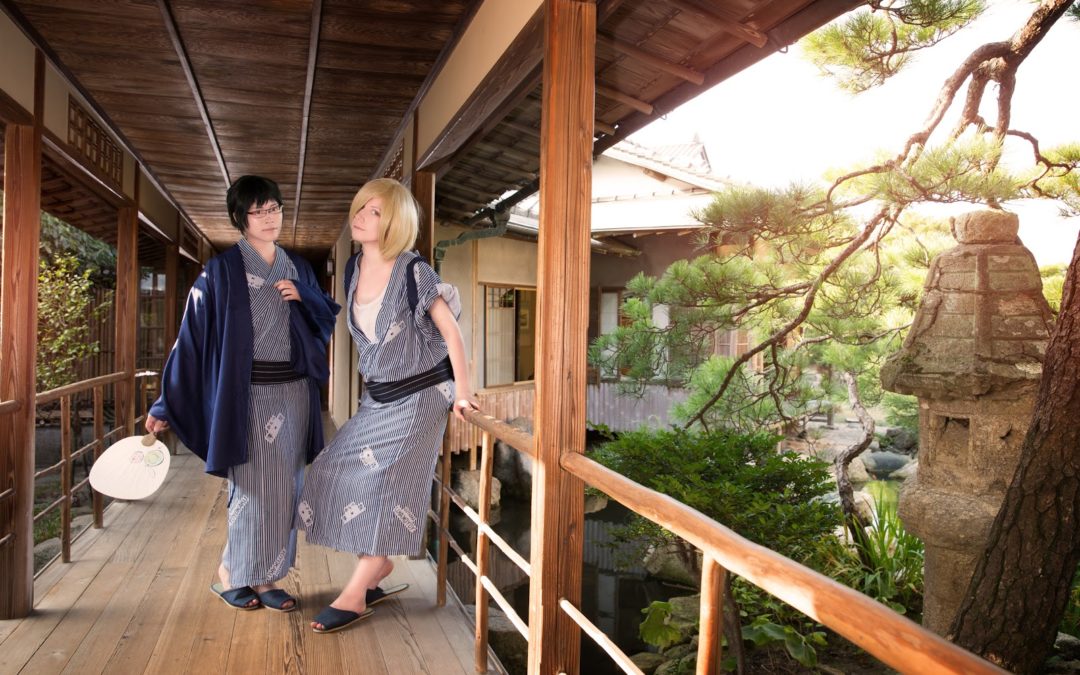 Photoshooting in a Ryokan in “Hasetsu” – “Yuri On Ice” Pilgrim

This summer we decided not only to visit Karatsu, but also to take some pictures in the Yukata Version of Yuri and Yurio in an tradtiiaonal Ryokan near to Karatsu Castle.
I wrote about my trip in Karatsu >>here<< 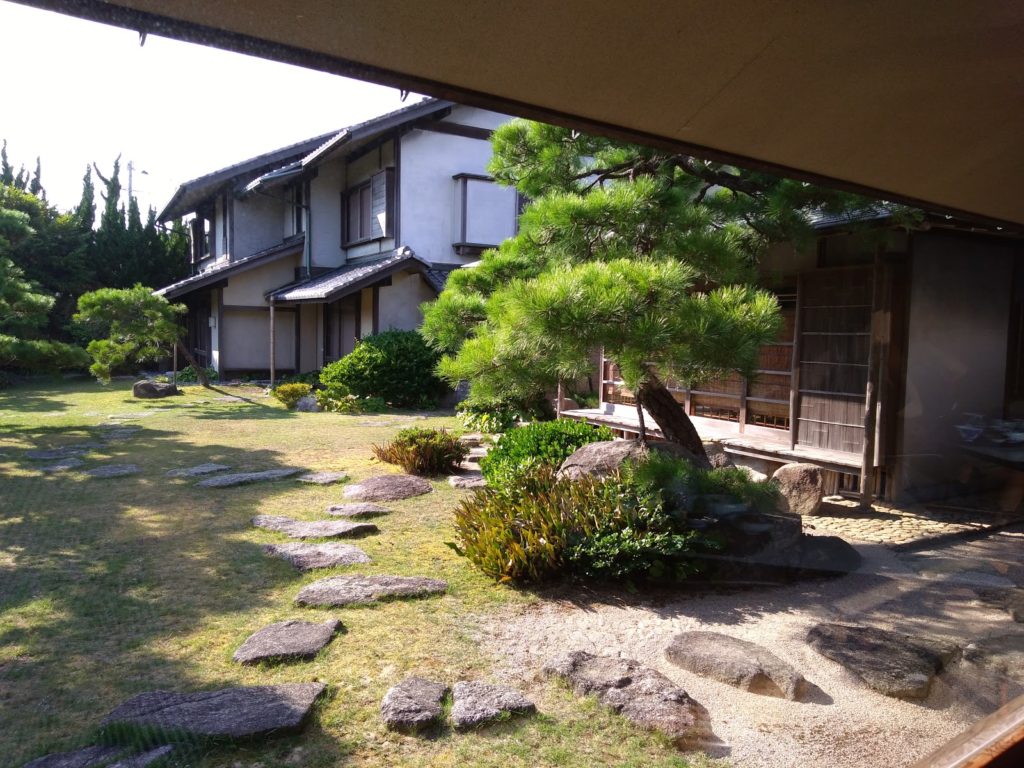 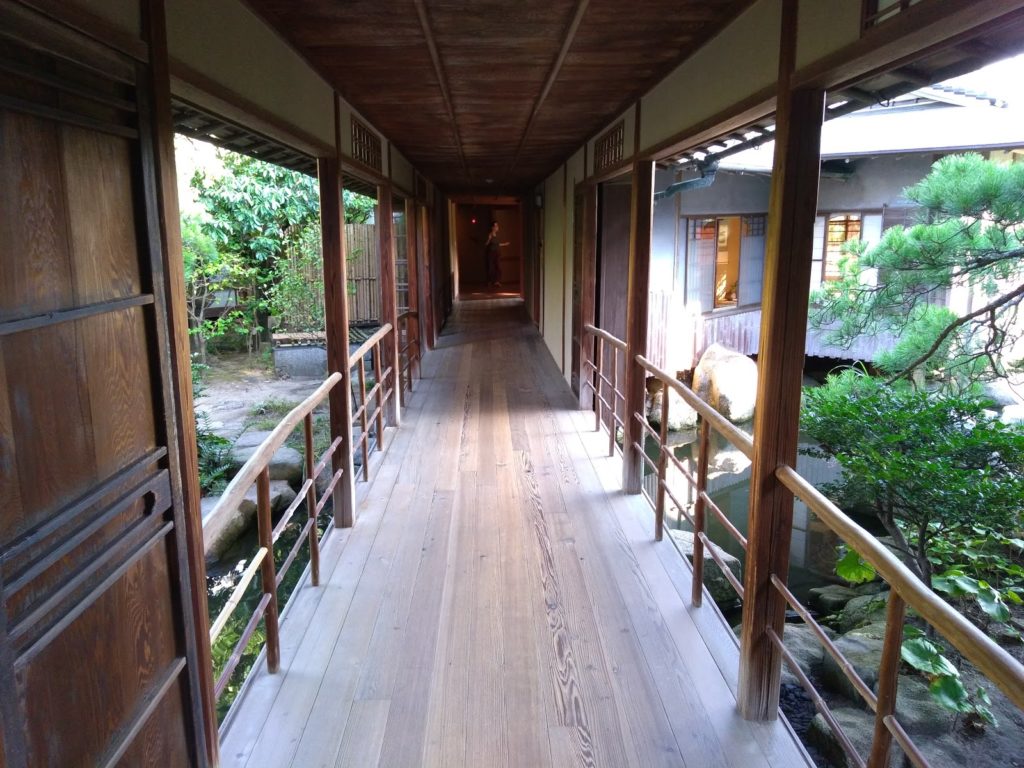 The Ryokan we booked is called Yoyokaku.

The Ryokan is located a few meters away from the famous jogging course bridge of Yuri and the Castle. Sadly it takes about 2 Km to the station. Normally a distance you can walk, but not during the tremendous heat of 38 degrees and 90% humidity. ^^” Japanese summer can kill you…. 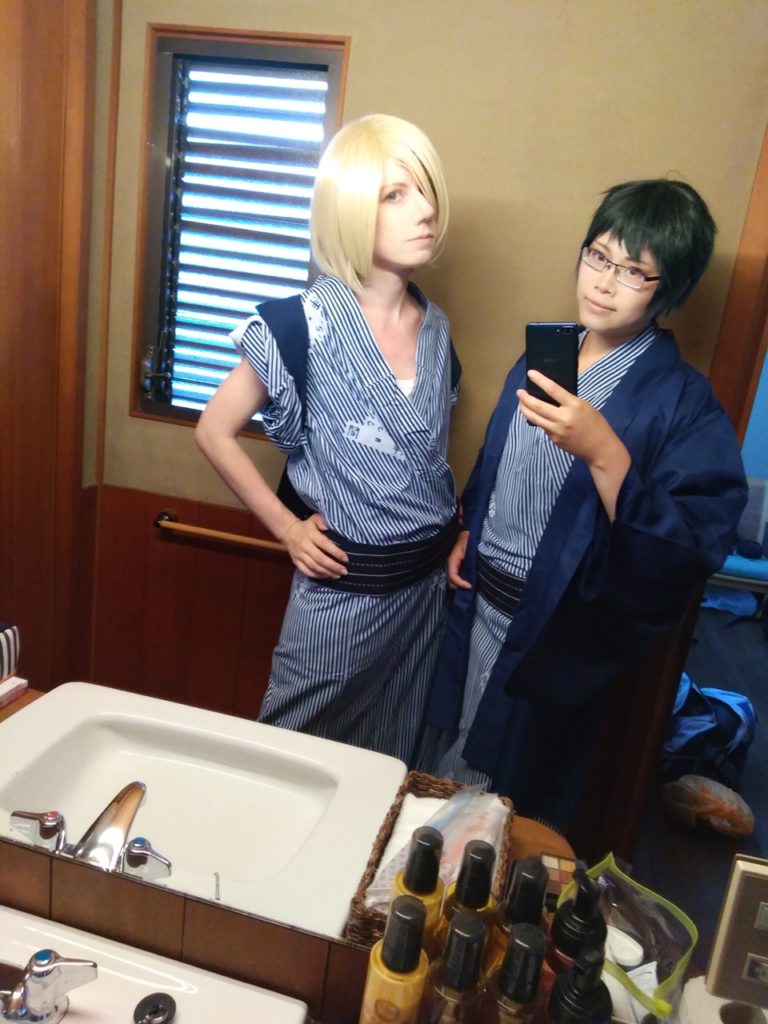 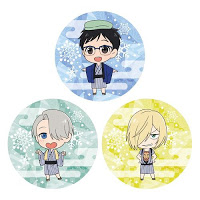 We did not only chose this Ryokan, because of the location but also because of the beautiful interior and really good reviews.
Another important point were the Yukata´s they offer. They are exactly the same type of Yukata´s Yuri and Yuiro are wearing in the Yukata Collab button collection! (Yes, I am a nerd, shame on me!!)
As I mentioned before, Cosplaying in public is not very well received in Japan. Hotels are no exception. Even in the own private room!
Before booking the Ryokan I contacted them (in Japanese) and asked kindly for a permission to take pictures. They not only agreed kindly but also offered us to take pictures in their most beautiful room and lobby. We were really happy about it. 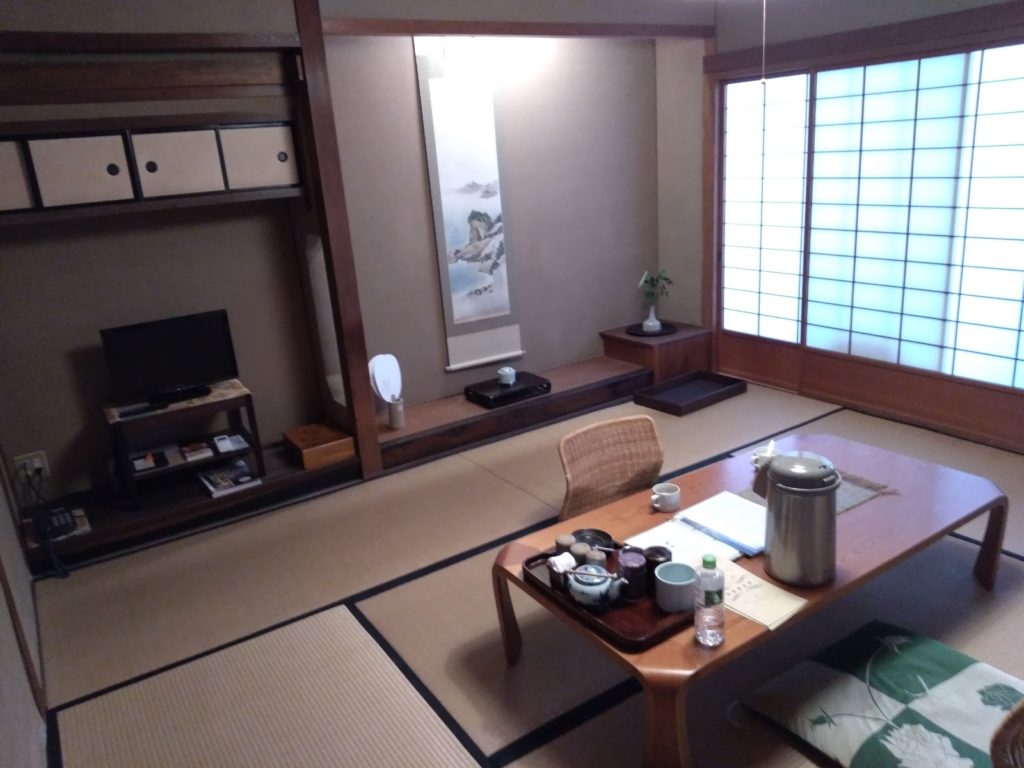 The Ryokan was not booked out and there were only a few customers. I am not sure if they always allow guests to take pictures or only do if their house is not full. So be sure always to ask beforehand if you are allowed to take pictures! 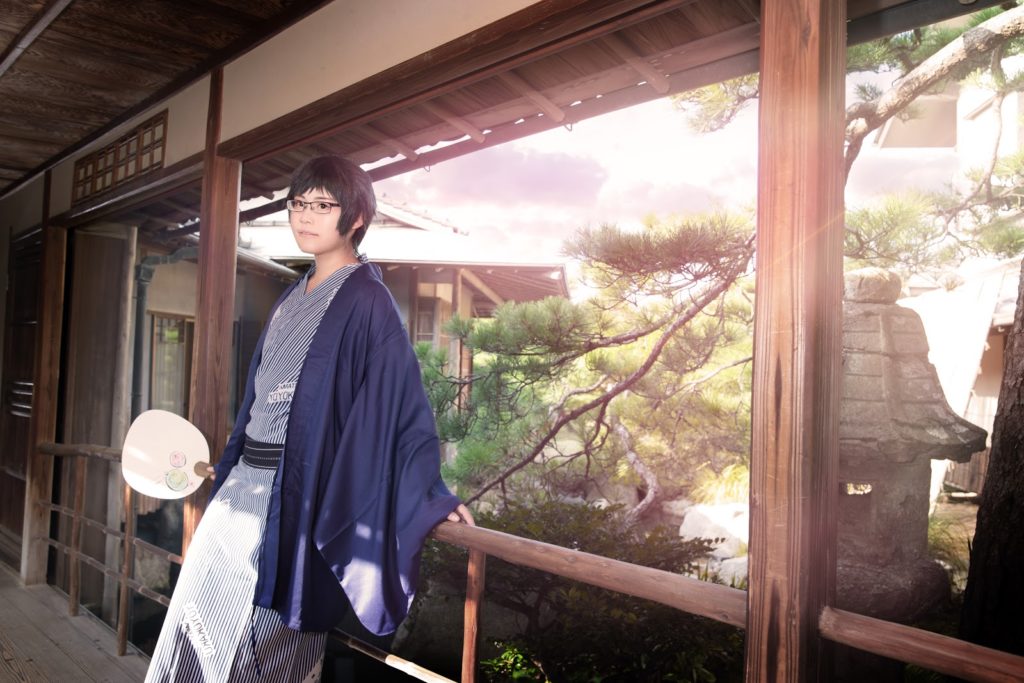 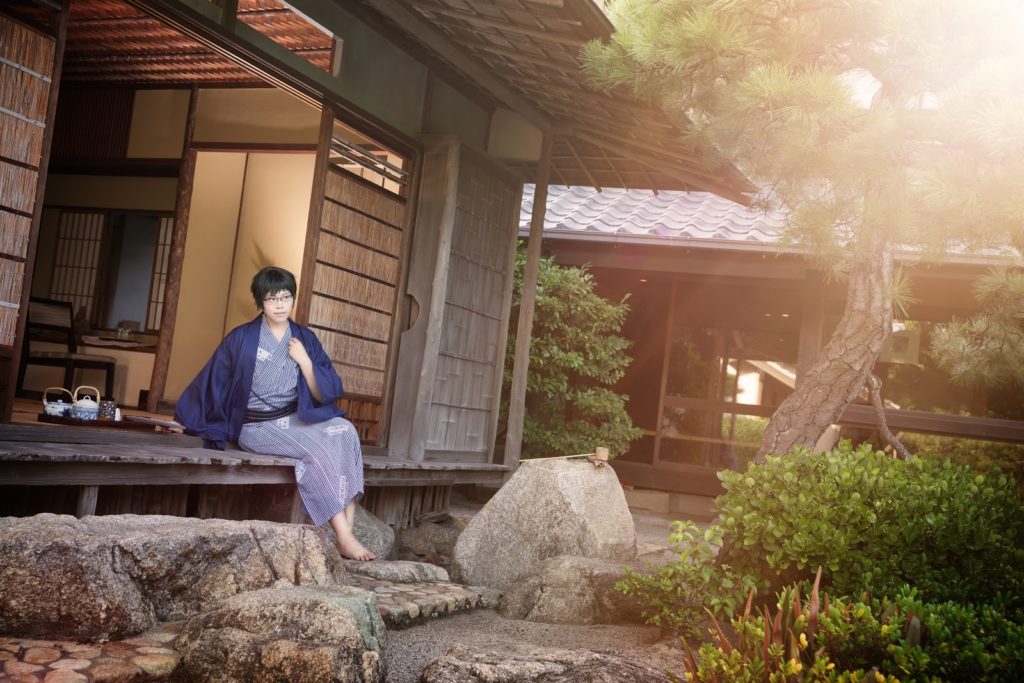 We also could take some very beautiful pictures in their garden and enjoyed later an full course meal with garden view.

Also the Onsen was amazing and we enjoyed the small pottery exhibition with some tea and coffee.

The breakfast in the dining hall was very tasty and the staff member took really really good care of us. She even took her time for some small talk (in Japanese, they tried but weren´t that fluent in English).

They also helped us with sightseeing spots and gave us some advices. It was great to stroll around in Yukata at the bridge and castle.

If you can spare the money and want to enjoy yourself (and drown in “Yuri On Ice” feels) I can really recommend this Ryokan.
We really enjoyed ourselves!