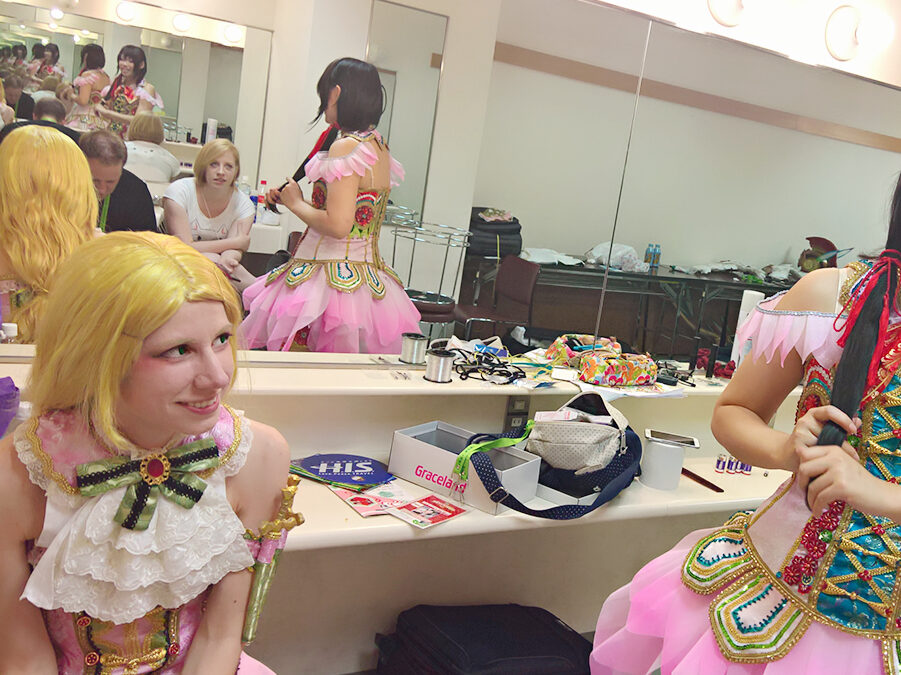 When we arrived at the Aichi Arts Center we had some food from the backstage buffet and changed slowly into our costumes.
We also checked our props and talked a bit with other participants.
We also got a small briefing how the walk through the stage should be during the introduction of the teams and what will happen at the award ceremony.

At the 1rst stage I wasn’t that nervous. I was ok, a bit excited but it wasn’t anything bad.

Of course I wanted to give my best and really hoped that everything will go right. But I was so nervous and couldn’t really calm down at this day. I was hopping around and try to stay calm but it didn’t work.
I can tell you… It was really nerve-racking for me.

Before even having our performance we had an walk through and introduction of the teams.
This time we were starting number 17.

We put our props into the square, moved it to the 2 standby squares and to the stage.

We were supposed to go on stage directly after the Team before us and already set up all our stage props. Suddenly the staff pushed our props down from the stage and brought everything to backstage again.
It was quite a problem, because they broke two of our props during that process and we needed to repair it with a lot of time pressure. Luckily we could manage that.
Also team Denmark was already waiting at the backstage area and couldn’t make any place, because the next team was waiting directly behind them.
The stuff tried to make place for the upcoming act, but there was no place to move away. So it was quite difficult.
After the World Cosplay Karaoke Winner performed (wah I really liked her voice!!) we could finally go on stage. 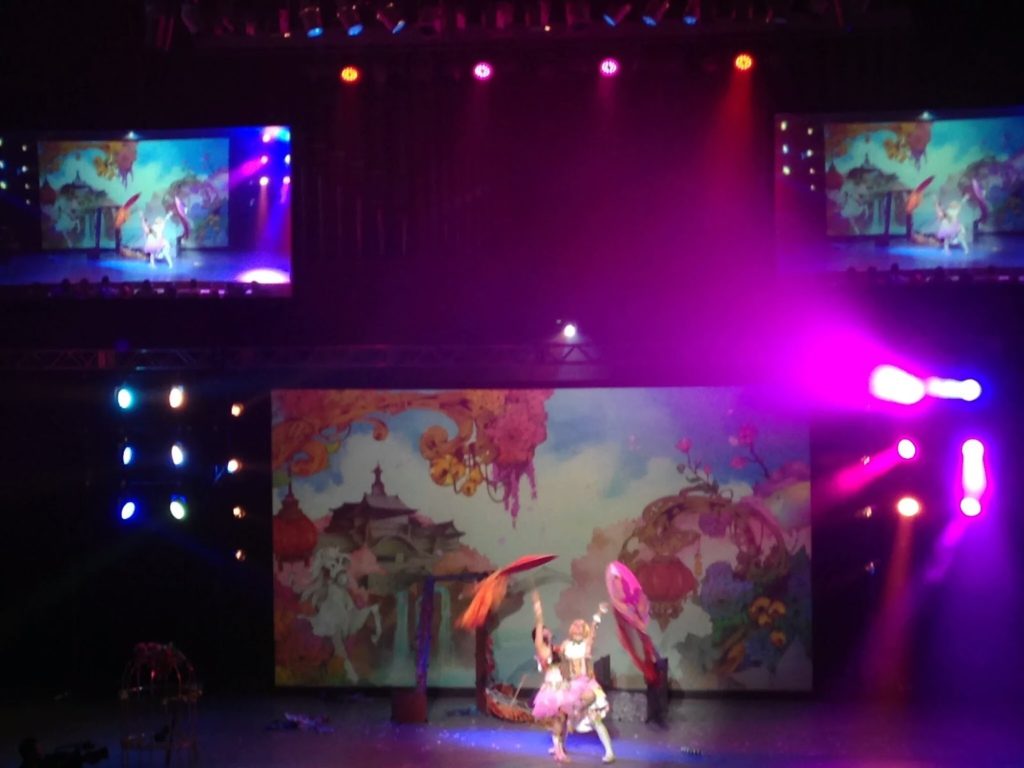 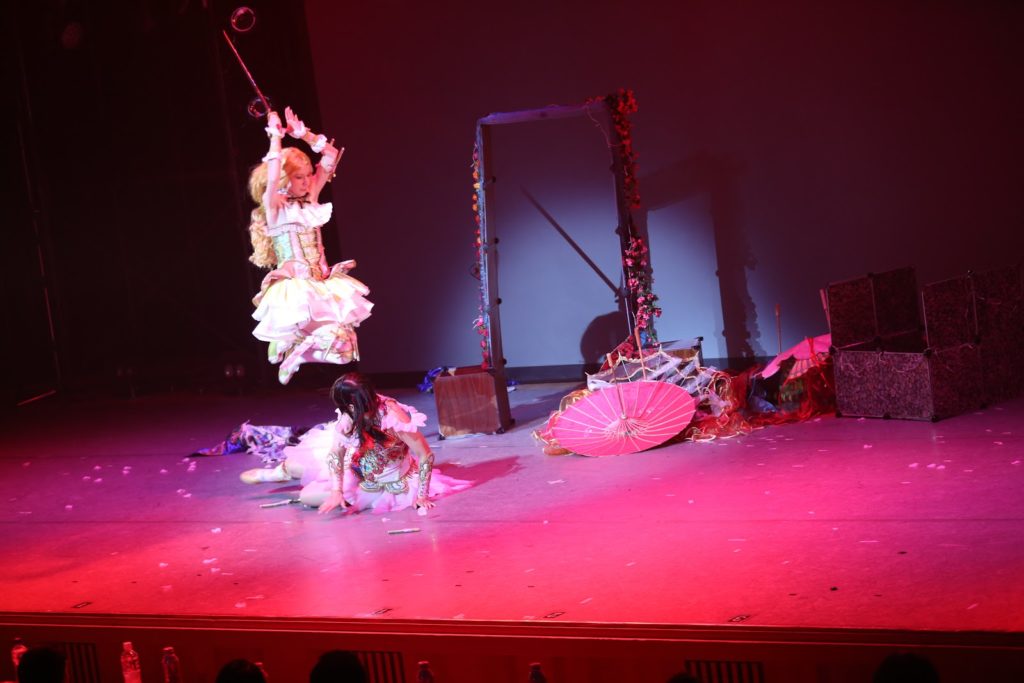 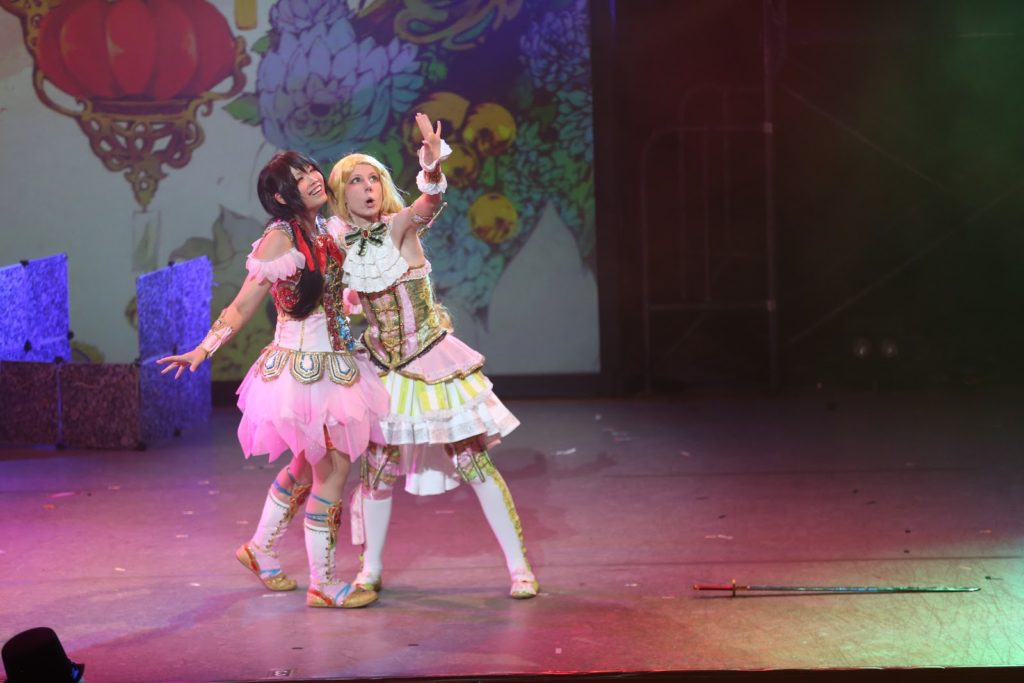 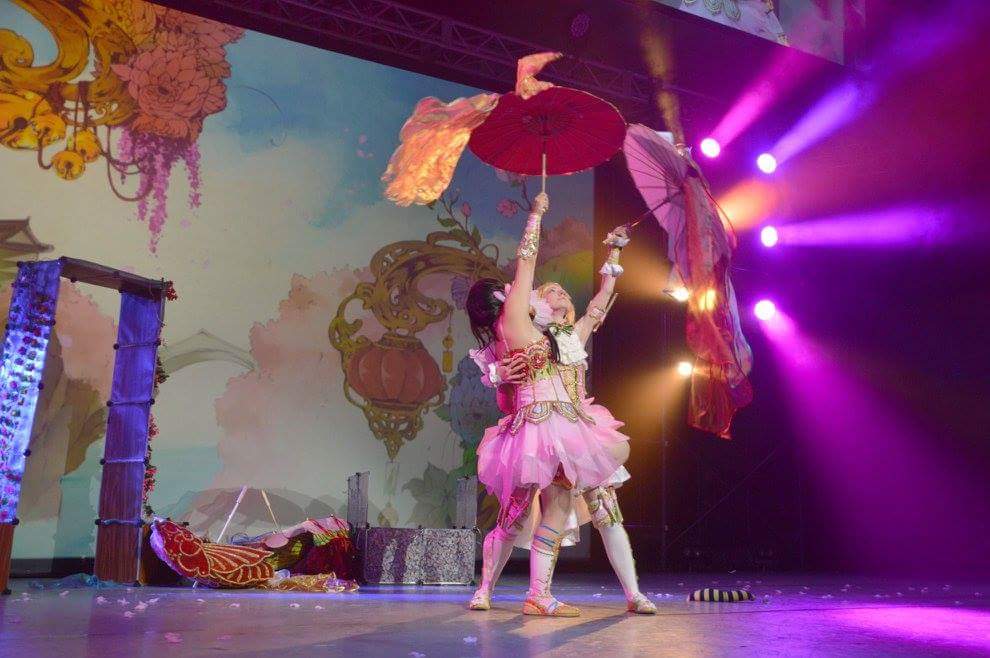 Actually it also didn’t go that well, but at least better than performance the day before.

At the ceremony we walked one after another on to the stage and posed there. It was a great feeling and all the stress just fell from you at once. I was so happy that we didn’t hurt each other to much during the performance or just fell from the stage. (We really feared that might happen…)

Team Indonesia became the World Champion and I am really happy about that because they are such great people. I really liked their costumes and they also made a really awesome performance.
I also loved the costumes of Denmark, because they were just amazing!
France was just so cute and I really love both of them.

After having a really great day we went into an Izakaya with some other teams and had food and drinks.
We still needed to pack, because we needed to check out the next morning. This is why we couldn’t stay to long and went to our room for packing at about midnight.
After packing and planning, how to transfer our luggage’s to which place (Hotel, airport etc) we just fell dead into the bed and had a very good rest.